Ethical Veganism is for life- not just for January 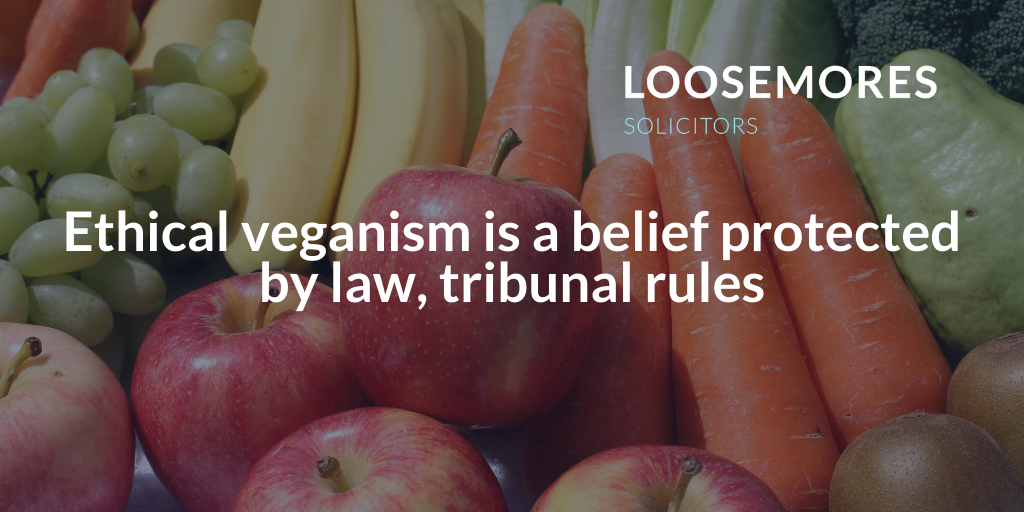 In a landmark ruling, the Employment Tribunal has ruled that ethical veganism satisfies the tests required for it to be classified as a philosophical belief under the Equality Act 2010.

In the case, an employee claimed that he was unfairly dismissed due to his ethical veganism. The employee was dismissed after he revealed details of his employer’s pension funds to colleagues which included investments in firms involved in animal testing.

The consequences of this case are yet to be seen although they could be far reaching. Ethical veganism being protected as a philosophical belief may present significant legal ramifications for employers if they treat ethical vegan employees less favourably.

Examples of problems that may arise could include employers who expect their employees to perform duties which conflict with ethical vegan beliefs, for instance, where an ethical vegan who is employed in a pharmaceutical store is expected to handle products which have been tested on animals.

Employers may need to review their contracts and policies to ensure they cater for a diverse workforce.

We can assist you with your employment queries. If you need advice, guidance or support from our team of legal experts, please contact Karl Thomas, Partner and Head of Employment and Dispute Resolution at Loosemores Solicitors via ThomasK@loosemores.co.uk or call 029 2080 3112.