The film premiere for ‘Don’t Take Me Home’ was held in Leicester Square, London on Monday 27th February. It was a star studded event with Chris Coleman and members of the Wales National Team in attendance.

The film was directed by Jonny Owen. It tells the story of the journey to the final stages of UEFA EURO 2016, with Wales beating tournament favourites Belgium to reach the semi-finals.

The entire film is focussed around the relationship between the squad and the Wales supporters. As the credits rolled in Leicester Square, the film was given a standing ovation from everyone in the auditorium.

Loosemores advised the Football Association of Wales on various commercial agreements relating to the film. The firm’s Senior Partner, Mark Loosemore attended the Premiere and gave his reaction to the film:

Loosemores would like to congratulate everyone involved with the film, especially the FAW for their achievements. Please see a selection of pictures taken from the event below, courtesy of the FAW.

Aaron Ramsey was in attendance. © FAW 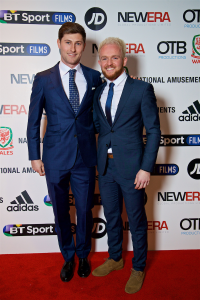 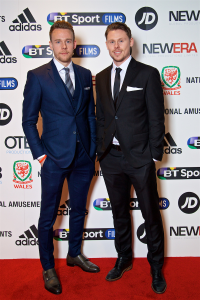 Chris Gunter and Simon Church on the red carpet. © FAW 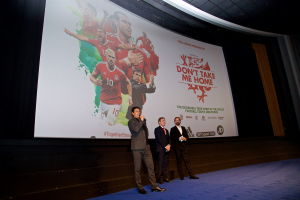